"The Phantom" is the thirteenth episode and season

"The Phantom" is the thirteenth episode and season finale of the fifth season of the American television drama series Mad Men and the 65th episode of the series overall. It is co-written by Jonathan Igla and Matthew Weiner and directed by Weiner. It originally aired on the AMC channel in the United States on June 10, 2012.
Much of the episode takes place in March and April 1967. Don has a toothache that brings up painful memories of his brother as the firm looks to expand after a profitable quarter with Joan running the books. Roger seeks to expand the affair with Megan's mother and asks her to join him on an LSD trip. Pete has a "last" encounter with Beth with lasting repercussions. Megan struggles to find acting work and asks for Don's help getting an audition for a commercial at the agency to jump start her career. Peggy is adjusting to her new agency and enjoying the challenge of an upcoming campaign bid for a "women's cigarette," but still seeks Don's approval. After Megan uses Don's connections to further her career, Don has to answer a question. 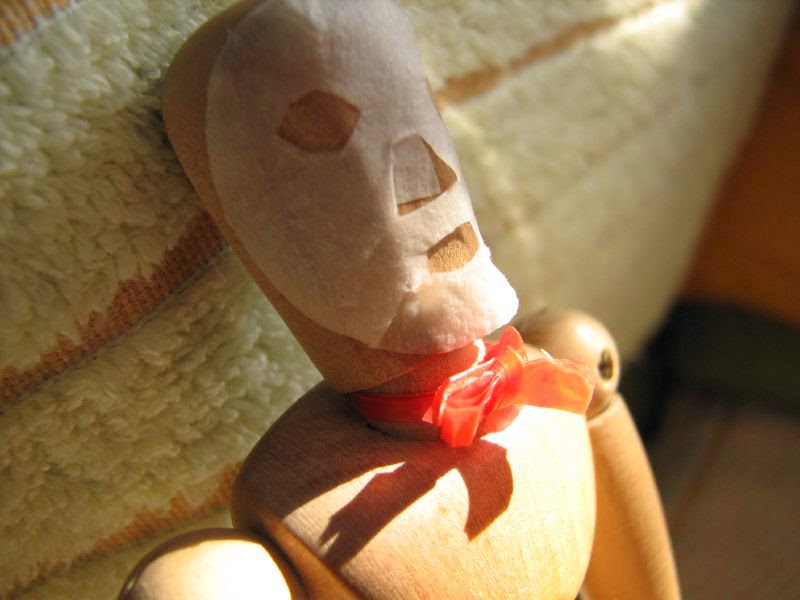 "The Phantom" metaphorically depicts the guilt and contrition of various characters of the series, including main character Don Draper—who feels that he encouraged one of his coworkers to commit suicide—and his wife Megan, who is conflicted with her aspirations and the slights from her mother. The death of Lane Pryce, who dies in "Commissions and Fees", looms over the episode even more than the other conceptual "phantoms" in the installment. Although Lane's name is not mentioned, the former writer of The Sopranos noted that the audience could discern his presence. "We feel his presence in conversations with Joan in the office, certainly when Don goes to see Rebecca [Lane's widow], we see his chair there in the background." Although The New York Times columnist Dave Iztkoff suggested that "The Phantom" was a deliberate tribute to The Sopranos finale "Made in America", Weiner proclaimed otherwise; "I say this without any humility whatsoever, that anything that people find comparable to The Sopranos is flattering to me. It was not deliberate by any means — this not the end of the show. We have to come back next season and we don't know how he's going to answer but we know he's in a different place. But you recognize that guy when he looks up. We haven't seen him in a while."
Themes relating to feminism are imbued in "The Phantom", particularly in a scene where Peggy goes to see a film with Don. To Elisabeth Moss, this scene was fundamental for her character's progression, as it demonstrated that Peggy and Don were equals for the first time. "For once, they were just friends meeting at a movie theater", asserted Moss. As Weiner summed up, "There's a new respect. He's very frank with her and they're much more like colleagues now that he doesn't own her anymore." In another scene, Peggy arrives at a hotel in Richmond, Virginia, where she is staying for a business conference. "Then she gets to fly for the first time and she's staying at this Holiday Inn, and there's these dogs outside of the window, and she has her work on the bed and her wine. She's by herself, and she's so supremely happy." In making the stunt, the trainers affirmed that the dogs may copulate during production; the incident did take place on the last day of shooting on the set of a parking lot of a replica of a Holiday Inn. "It was incredible to me — these dogs have been waiting for that moment their whole lives," stated Weiner, "We got what we needed, they got their treat, it was over."
In crafting the wardrobe for Megan throughout "The Phantom", costume designer Janie Bryant studied the mod subculture which was then at its apex. In particular, Megan sports a burgundy overcoat embroidered with windowpane patterns, strikingly reminiscent of one worn by English model Lesley "Twiggy" Lawson.
Posted by Lois Allen at 04:23 0 comments

Joseph had his wishes raised and then apparently destroyed many times. He still recognized that God was working. He gets married to the daughter of the Pharaoh and has two sons Manasseh-God causes to overlook and Ephraim means productivity, In core, forgetfulness of the bad and fruitfulness.

Regional abundance and regional scarcity-7 years of abundance-Each year there is more and more. They have so much food and grain that they stop counting. Seven years of famine-Joseph is about 40 years old. Each year the food crisis gets worse and worse. Joseph brings in the storehouses. Now he is praised by the people too.
Posted by Lois Allen at 06:01 0 comments